These aerial shots taken by a Can Tho-based engineer takes you past iconic tourist attractions and symbolic bridges strewn across the Mekong Delta, Vietnam’s agriculture and aquaculture hub. 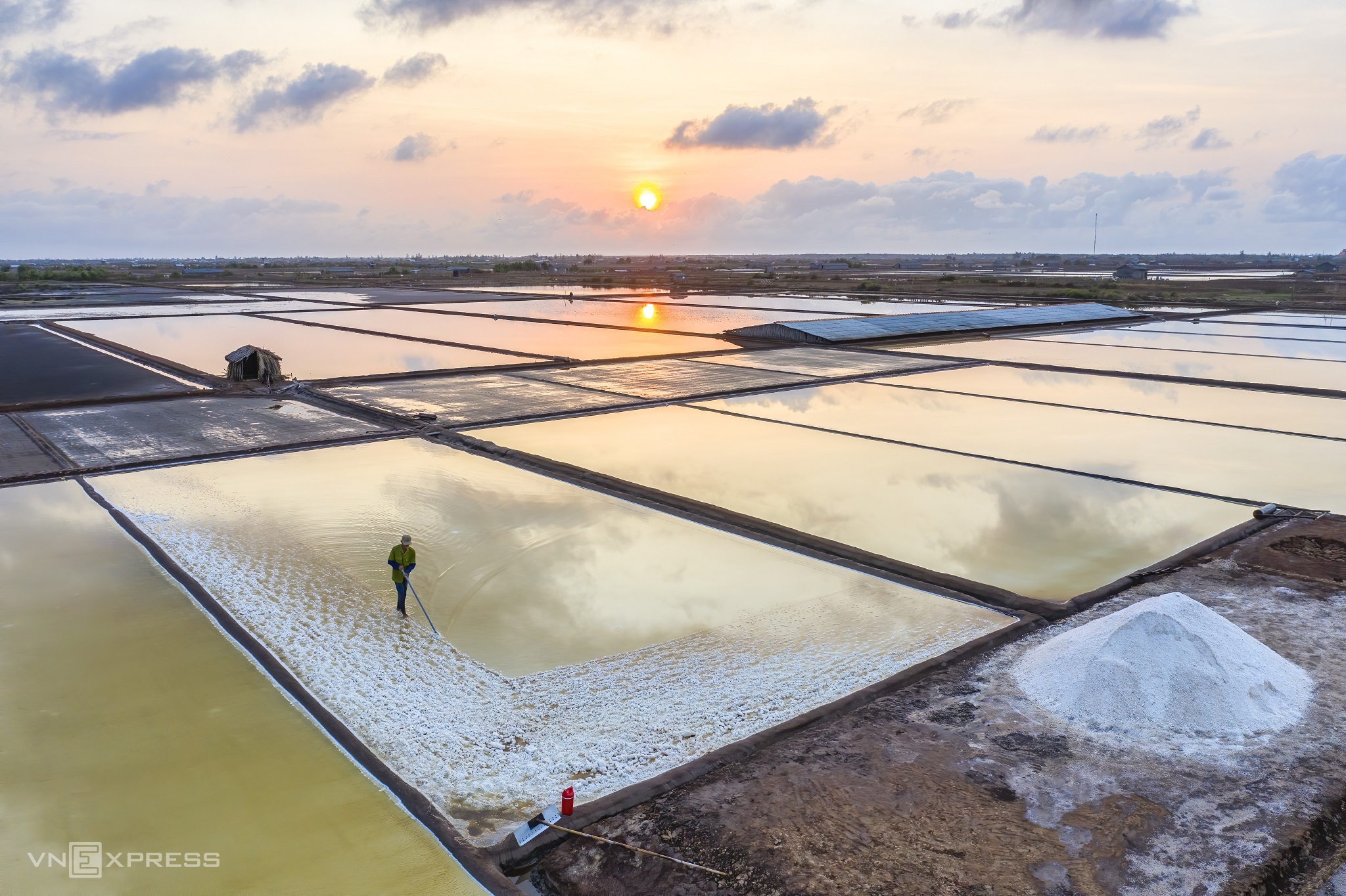 A farmer works on a salt field in Dong Hai District of Bac Lieu Province as dawn breaks.

Bac Lieu is one of the country’s biggest salt producers, with production primarily taking place in Dong Hai and Hoa Binh Districts. In Bac Lieu, salt is harvested once a year during the dry season from December to April. In 2019-2020 it produced 50,000 tons, including 4,700 tons of white salt, across 1,670 hectares of flats. 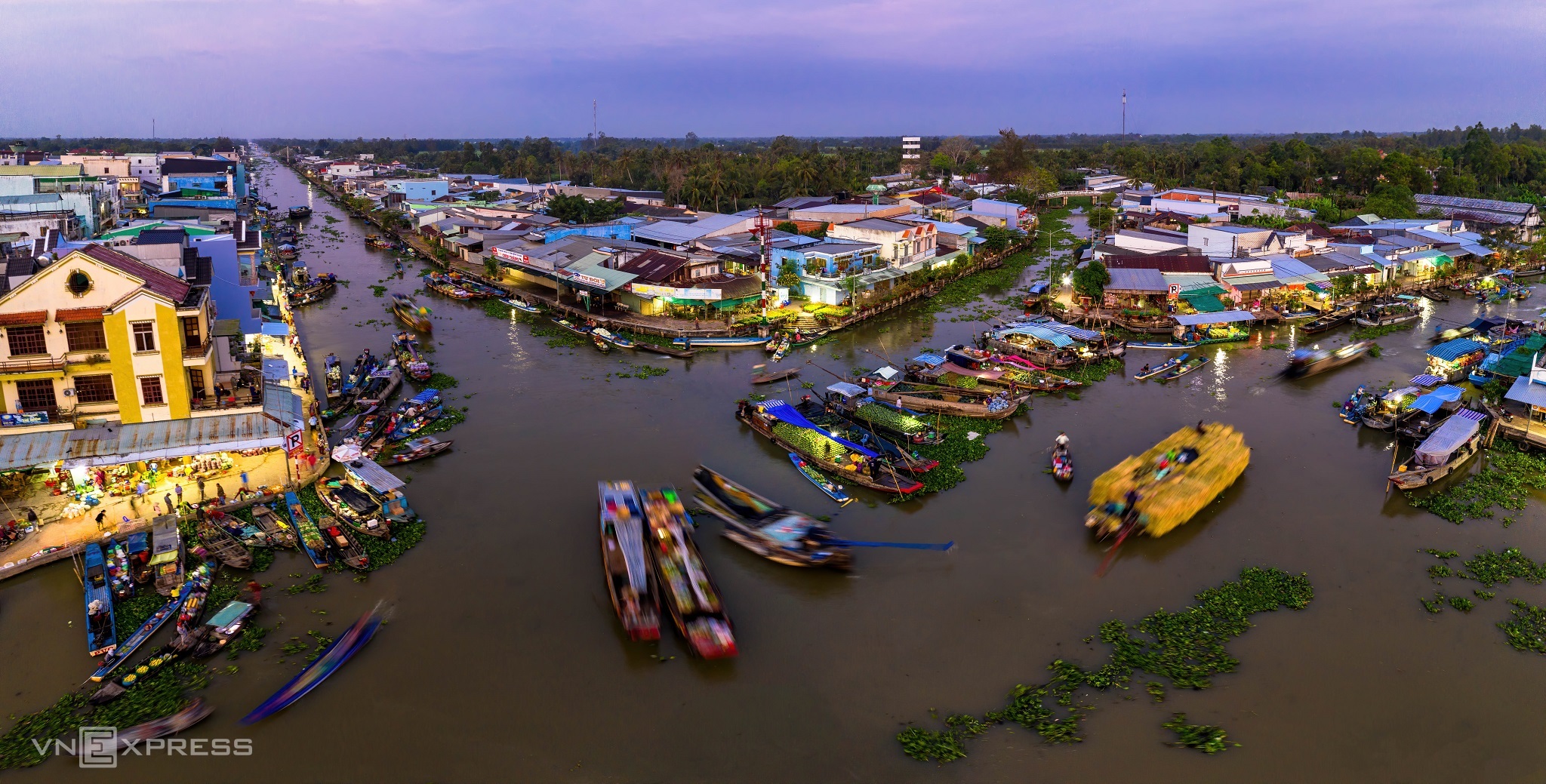 Around 50 kilometers from Bac Lieu is Nga Nam floating market in Soc Trang Province. The photo was taken during the recent Lunar New Year holiday in February, with buyers and sellers traveling on different sized boats, loading, unloading, buying and selling numerous goods.

The Nga Nam (intersection of five routes) floating market acquired its name from the convergence of five canals – Ca Mau, Vinh Quoi, Long My, Thanh Tri and Phung Hiep. The market opens between 4 a.m. and 8 a.m. 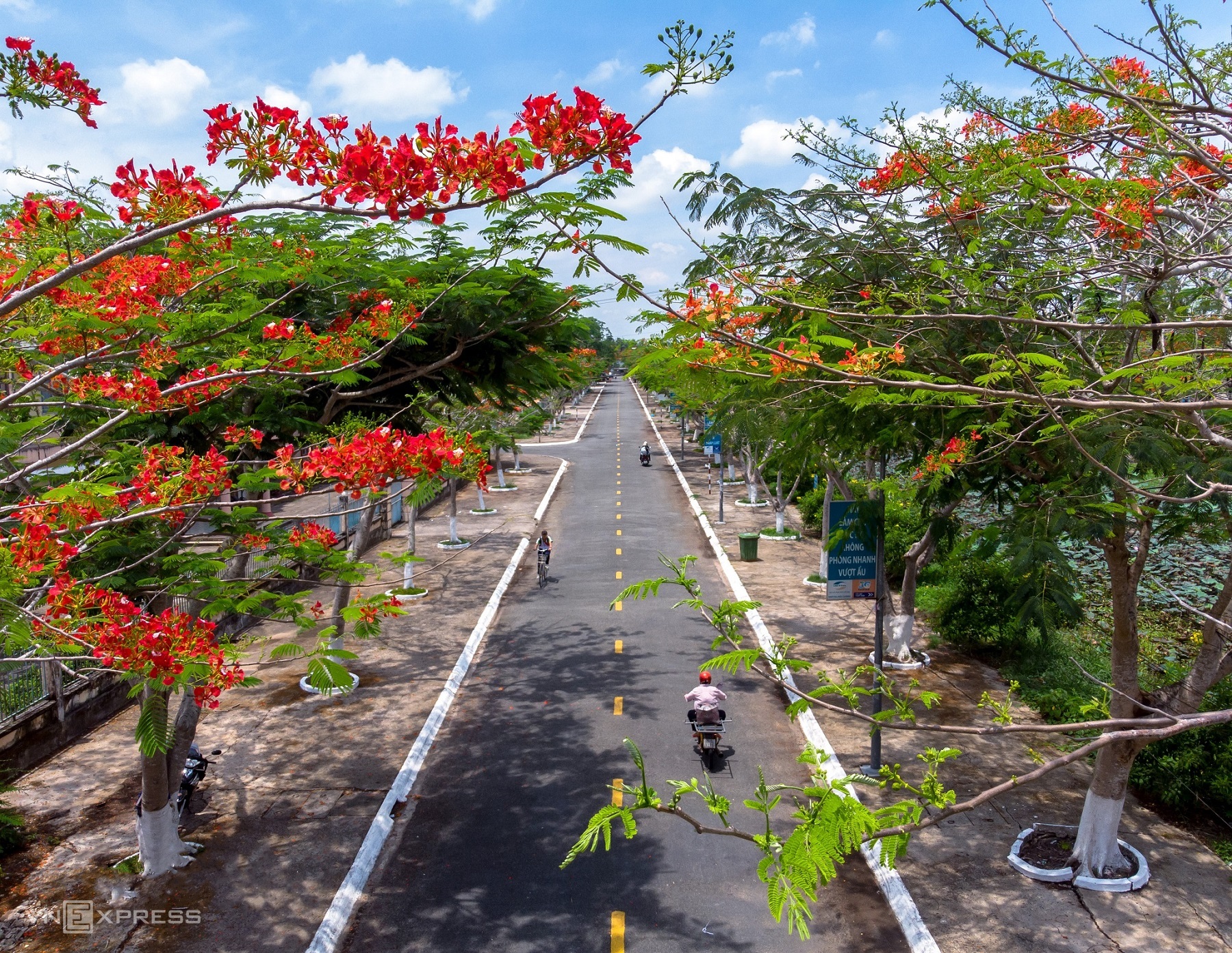 Flamboyant trees bloom in vivid red along both sides of a street in Vi Thuy Town, Hau Giang Province, around 60 kilometers from Soc Trang.

Flamboyant trees, also called royal poinciana and flame trees, are a familiar sight in Vietnam and called “the school age flower” because it usually blooms as the academic year ends. 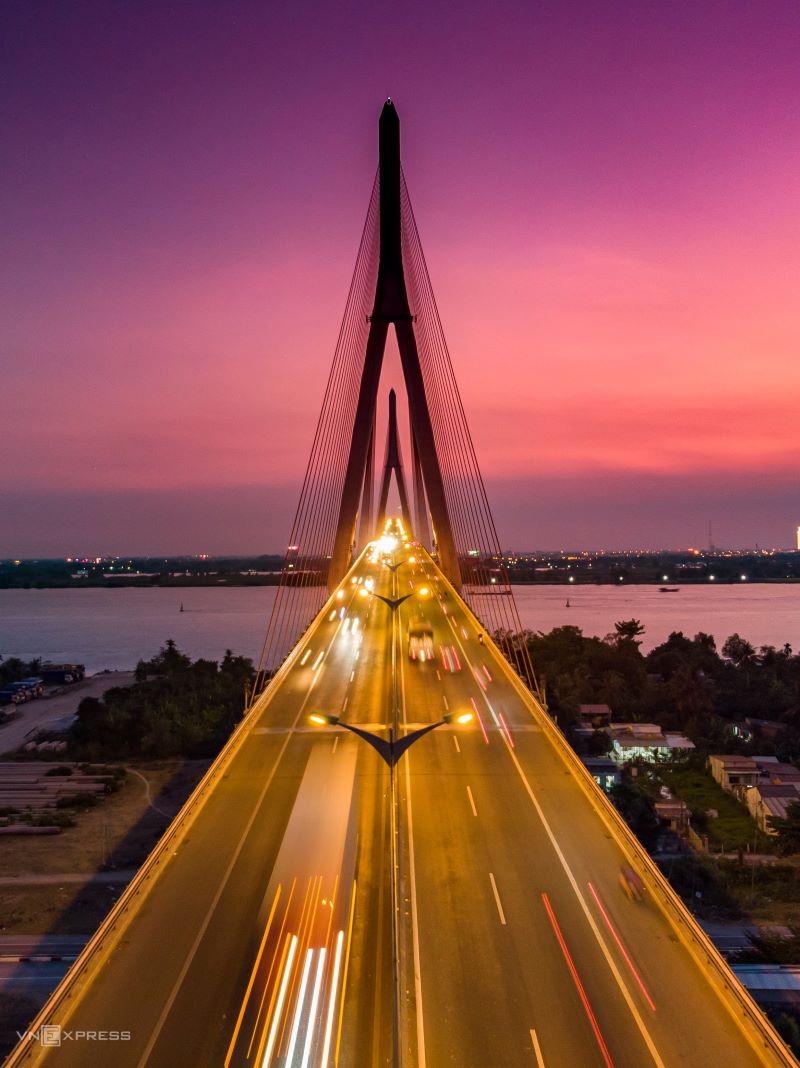 Sunset on Can Tho Bridge. The 2.75-kilometer-long cable-stayed bridge over the Hau River, the largest distributary of the Mekong, opened to traffic in 2010 after six years of construction. 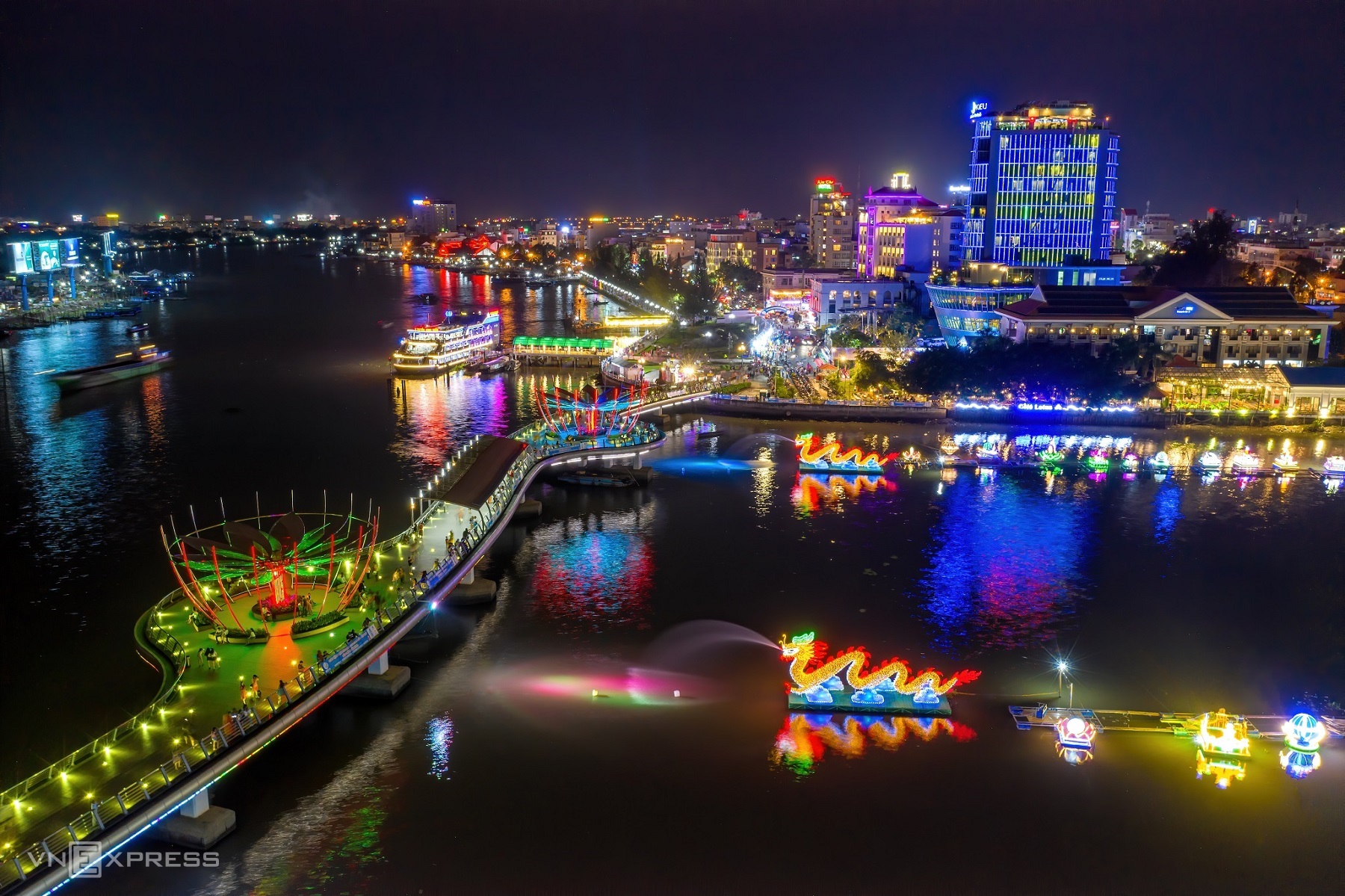 The first pedestrian bridge in Can Tho, nearly 200 meters long and 7.2 meters wide, was inaugurated five years ago at a cost of nearly VND50 billion ($2.13 million) and is now a popular tourist attraction in the city.

Can Tho, the largest economic hub in the Mekong Delta, lies at an intersection of canal and river networks that measure a total 1,157 kilometers. 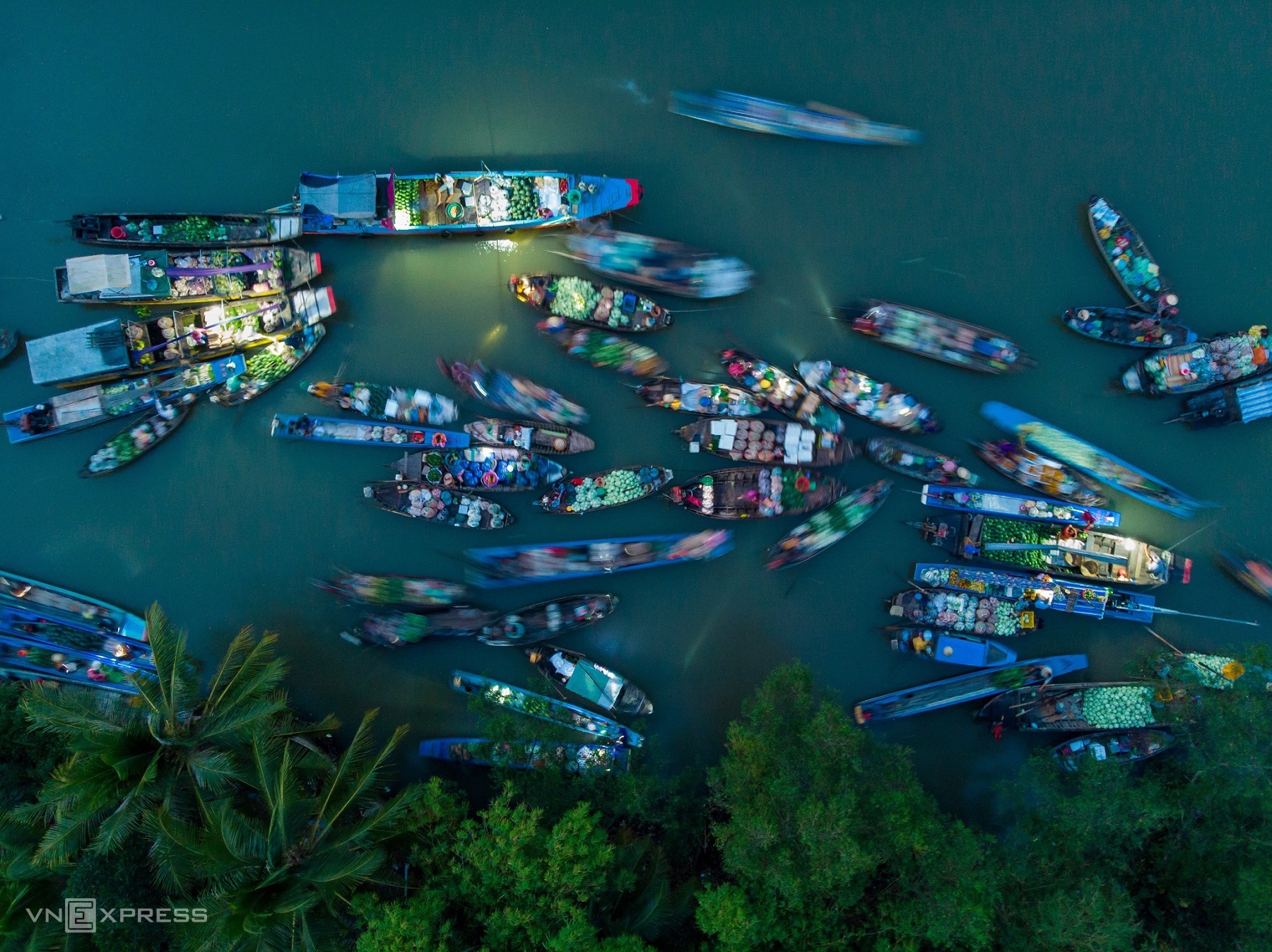 Around 17 kilometers to the southeast of downtown Can Tho is Phong Dien floating market where traders gather to buy fresh vegetables and fruit to resell elsewhere. The most crowded time is from 5:30 to 6:30 a.m. when many boats clog the waterway. 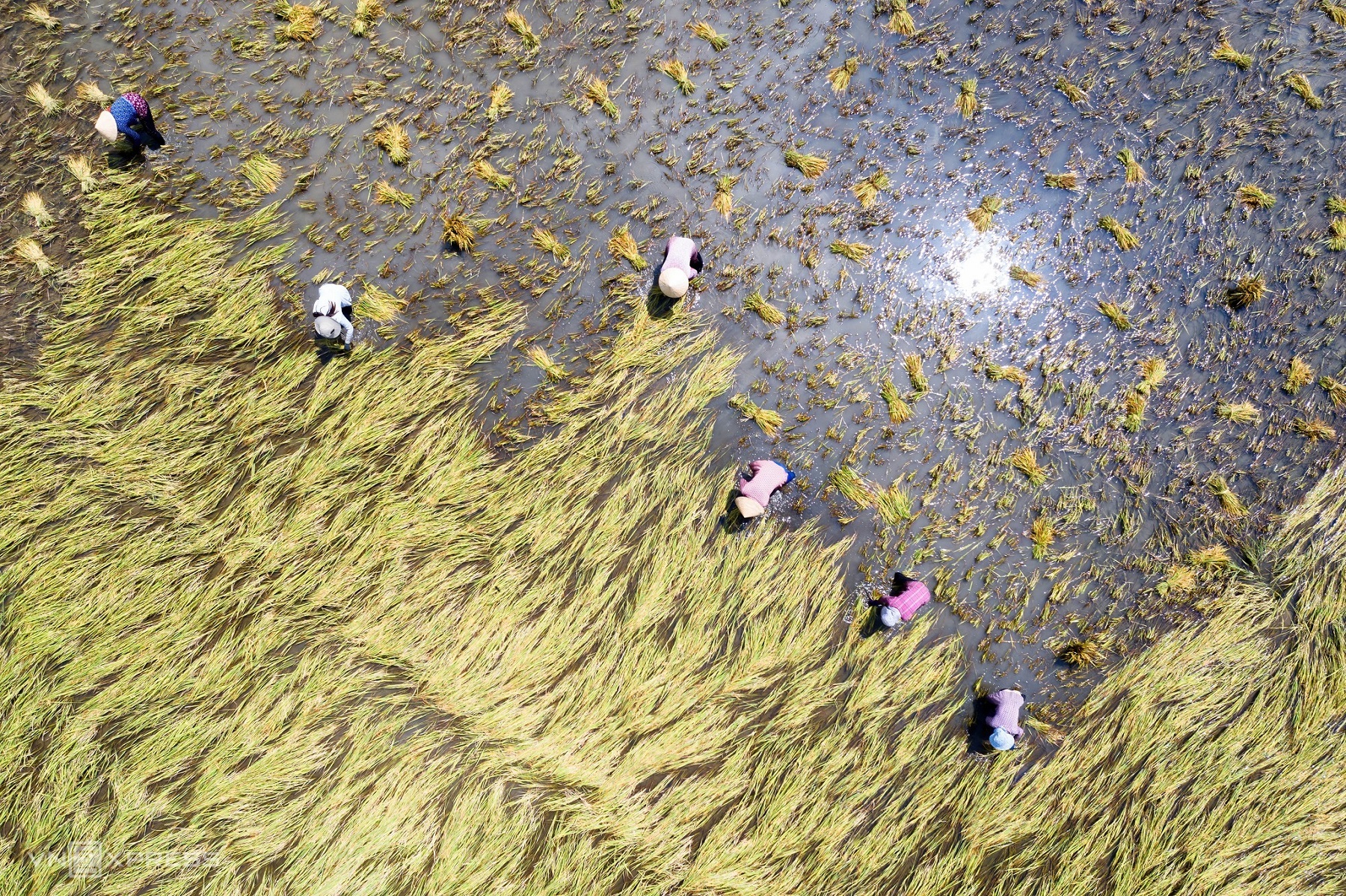 Farmers rush to harvest rice amid strong winds in March 2021. 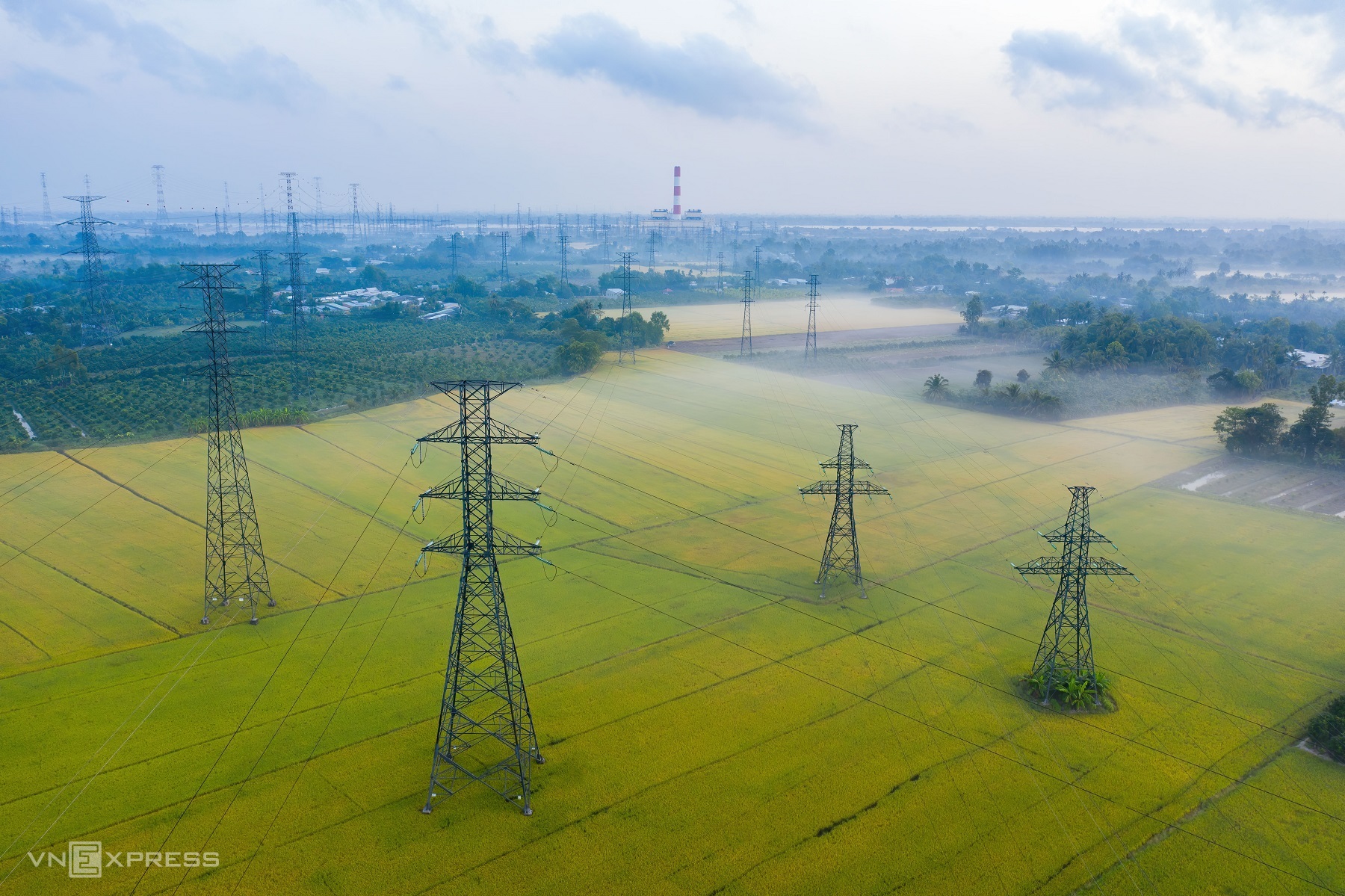 The power system connecting to O Mon Thermal Power Plant in Can Tho is located amid rice fields. 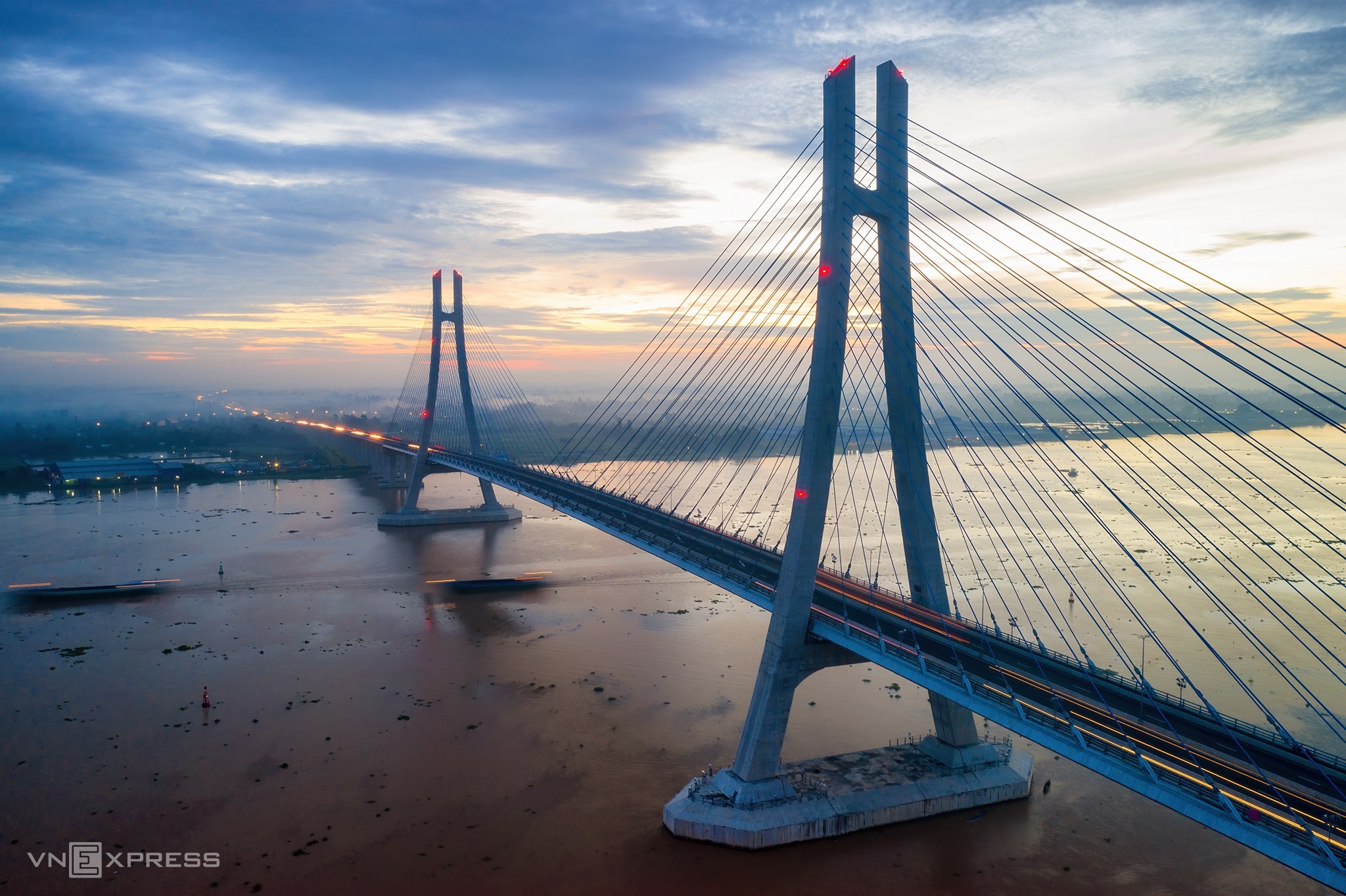 Vam Cong Bridge is seen at dawn. Officially opened to traffic in 2019 after six years of construction, it is the second cable-stayed bridge over the Hau River after Can Tho Bridge and helps boost connectivity throughout the delta while promoting socio-economic development in the region.

Vam Cong Bridge stretches nearly three kilometers between Dong Thap Province and Can Tho. The $271 million bridge was built with official development assistance from South Korea. 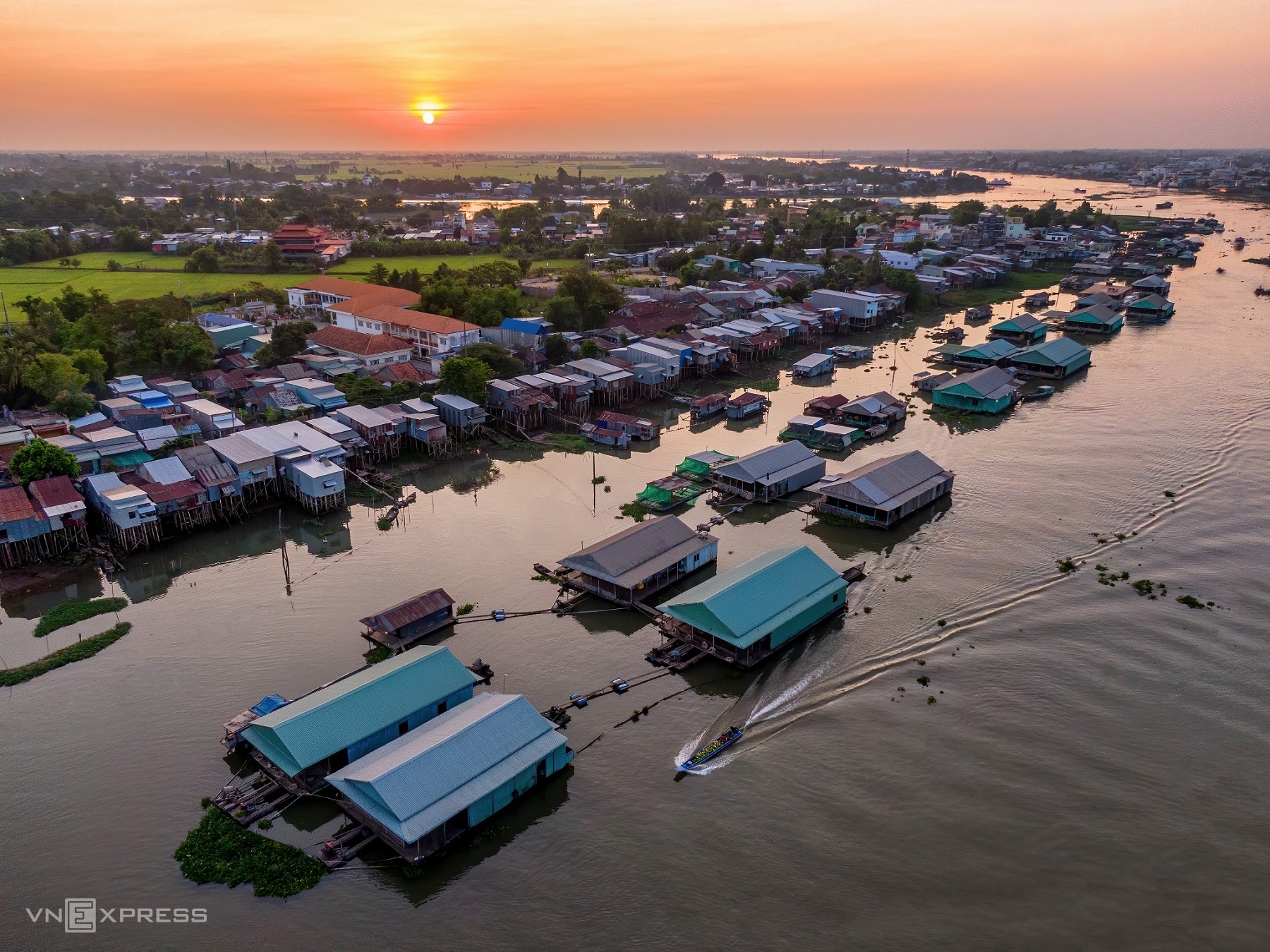 Chau Doc floating village in An Giang Province is another highlight of Mekong Delta. The village, upstream of Mekong River, is where villagers cultivate freshwater fish and shrimp in nets and wire baskets under their floating houses – a major export product of the region. 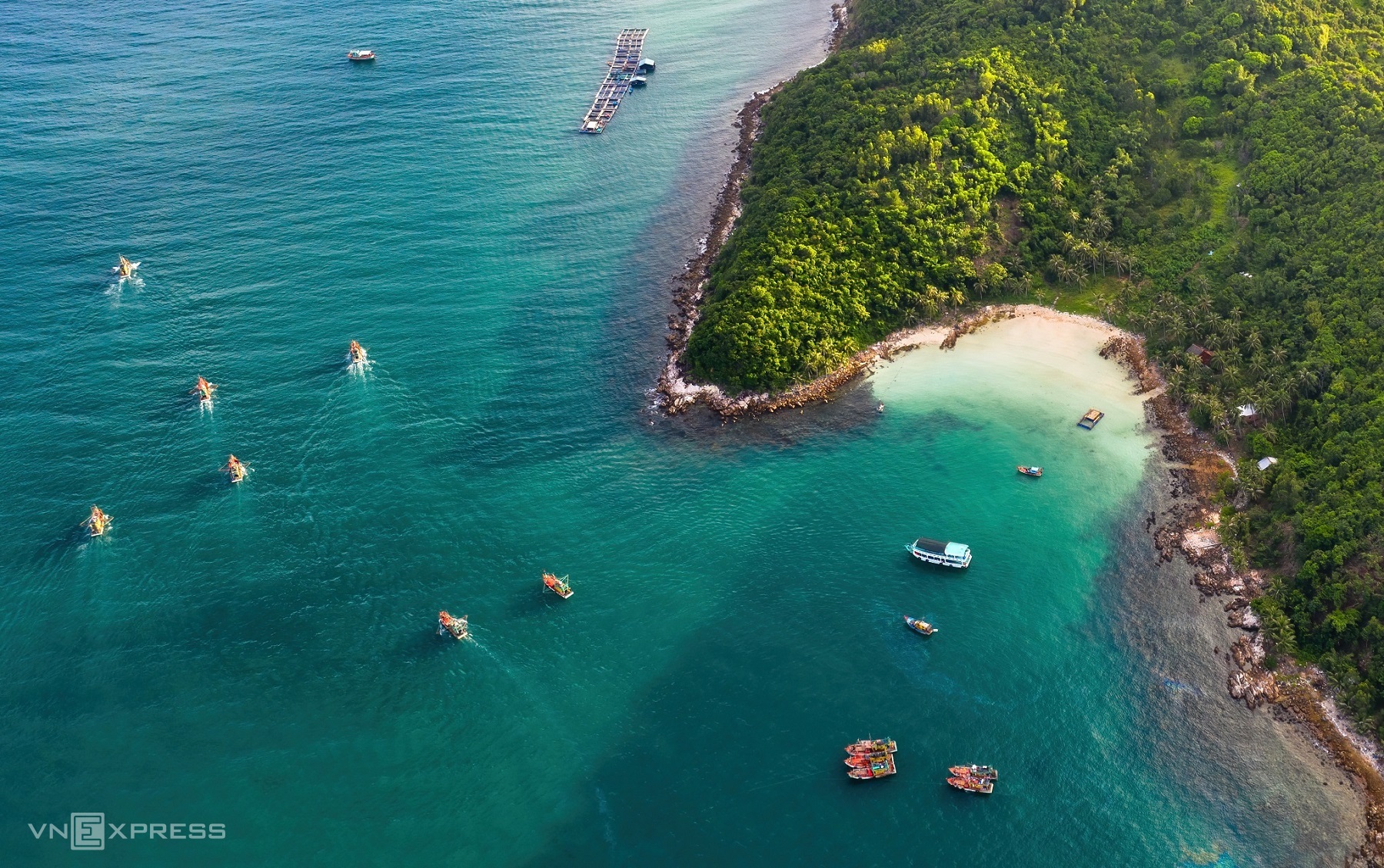 83 kilometers from Kien Giang’s capital Rach Gia, Nam Du is the Mekong Delta province’s farthest island. It comprises 21 islets, 11 of which are inhabited while the rest remain pristine.

Foreigners need to show a passport, visa and residency papers to be eligible for entry into “maritime boundary areas.”